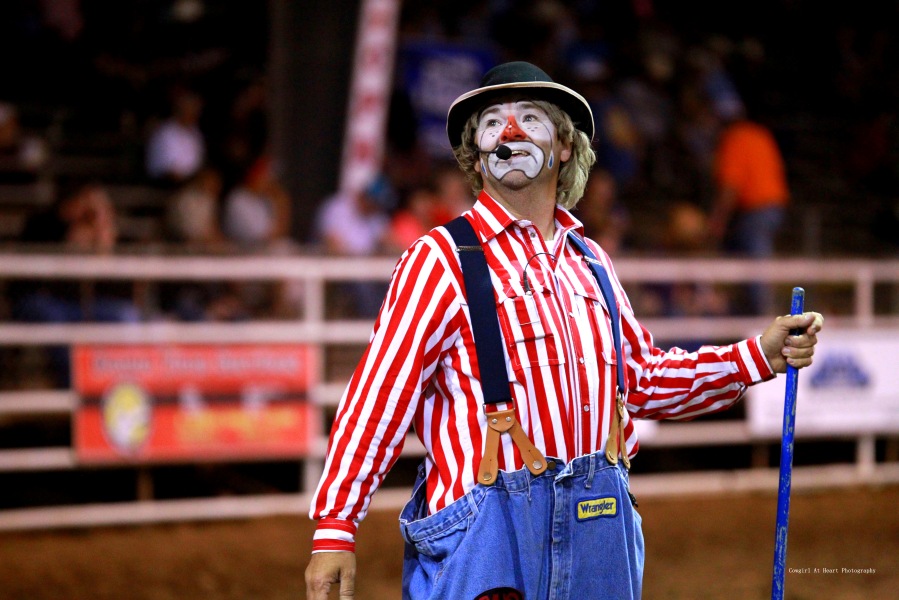 RONALD BURTON brings over 15 years of experience as a rodeo clown and entertainer, and has thrilled rodeo fans throughout the United States. He is known for his family-friendly humor and comedy acts, which has earned him the honorable distinction, Cowboy’s Professional Rodeo Association’s Contract Act of the Year, in 2011, 2012, 2013, 2014, 2015, 2016, 2017 & 2018.  Ronald is dedicated to entertaining audiences, protecting the bull riders in the arena, and demonstrating professionalism and hard work behind the scenes at the rodeo. In addition, he makes personal appearances at sponsor locations, radio/TV spots, parades, and other promotional activities in support of the rodeos he works.

Ronald has appeared on ABC’s Extreme Home Makeover Home Edition, Discovery Channel’s Battleground Earth, and he is featured in the Coca-Cola advertisement for the Historic Fort Worth Stockyards. Ronald is also starring in a documentary film that chronicles his life as a rodeo clown, called Man in the Can, now available on DVD.  See the trailer and visit the website to learn more about the film.

Ronald is from Philadelphia, Mississippi, but travels all over the country entertaining rodeo fans of all ages. References available upon request.